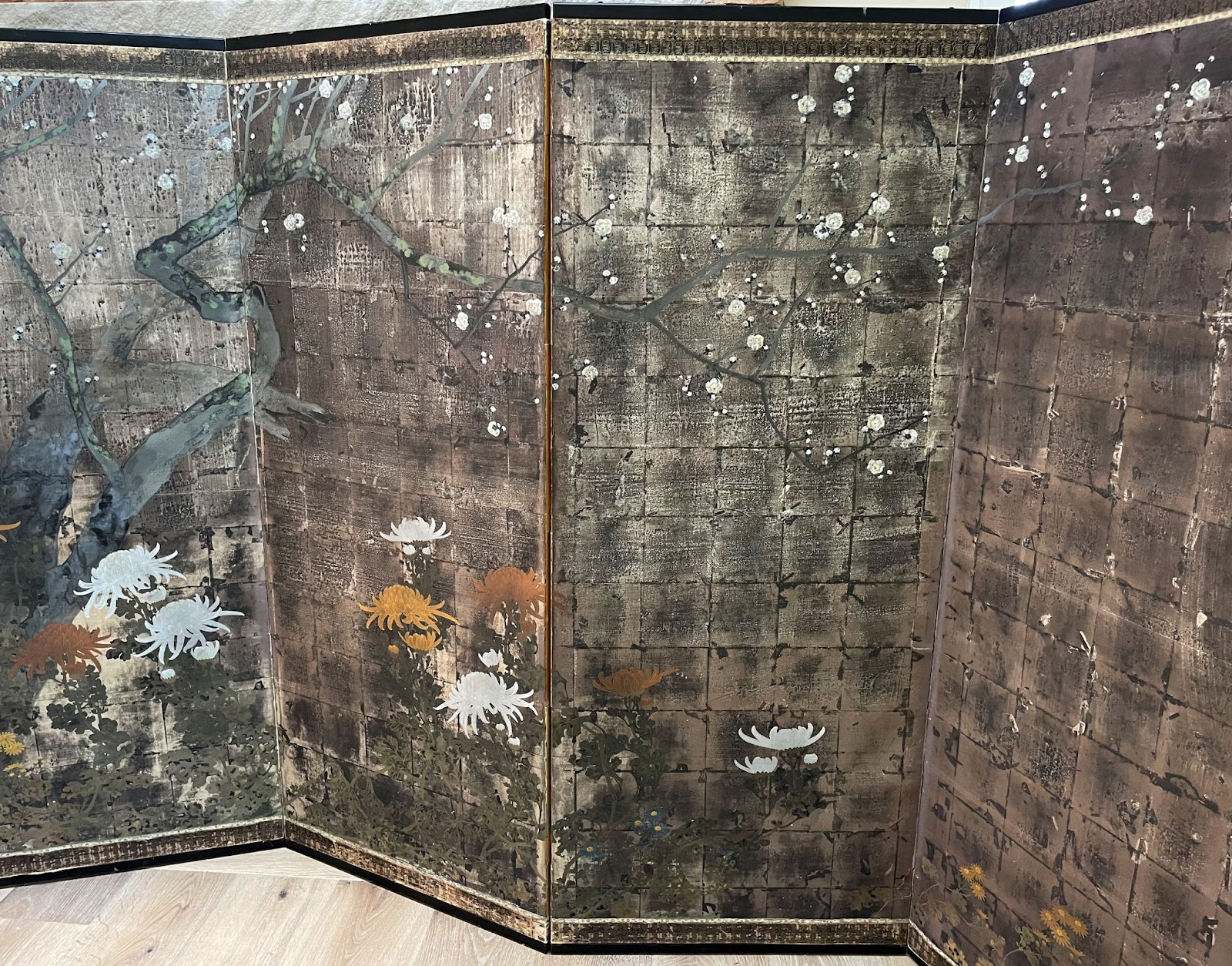 My photographer’s mind awakens to aged objects because of their inherent history; old things have so much to reveal. The above Circa 1870’s Japanese screen resonated with me the first time I saw it because of the dimensions of age that are apparent. Japanese Screens, called byōbu meaning “wind wall”, were used as room dividers and to create private spaces. Their history begins in China as far back as 206 B.C. however arrival in Japan during the 7th or 8th century marked the beginning of a long and uniquely Japanese artistic evolution occurring over hundreds of years. Kishi Ganku (1749 or 1756-1839)   Initially made of wood panels with metal, silk or leather hinges, Japanese Screens evolved to a lighter wood frame construction with paper hinges, and silk or paper stretched across both faces to create a perfect canvas for artistic expression. As the artistry of these screens grew their purpose expanded. They were used as diplomatic gifts, at funerals and births, in Buddhist and Shinto temples to emphasize someone or something of honor, and by wealthy members of society (such as the Samurai lords) to convey affluence and power.


The variety of artwork and subject matter is vast. Byōbu artists used these special canvases to depict nature, celebrations, poetry, human and animal figures, stories and even instructions. Some screens are painted with black ink alone and others are bold and colorful. Gold leaf, now a signature byōbu style, eventually took these screens to another level of elegance. 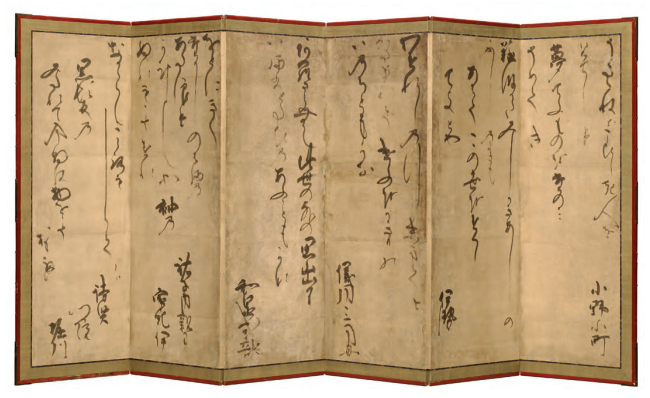 
The screen I photographed has a silver leaf foundation that reveals itself from behind the paint and dark overtones of age. The luster and hue of the screen change as the light of day changes. These details intrigued me, and seen more closely in tiny parts through my camera lens, the screen transformed into a unique new version of itself. 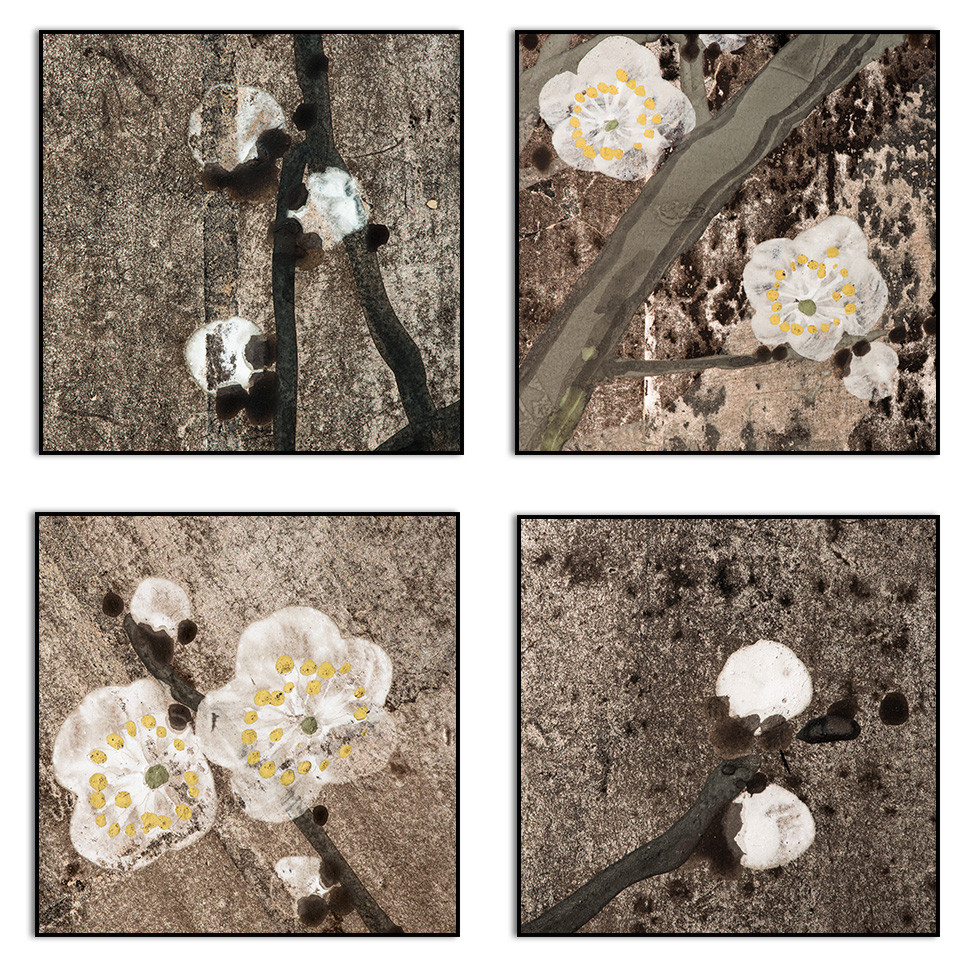